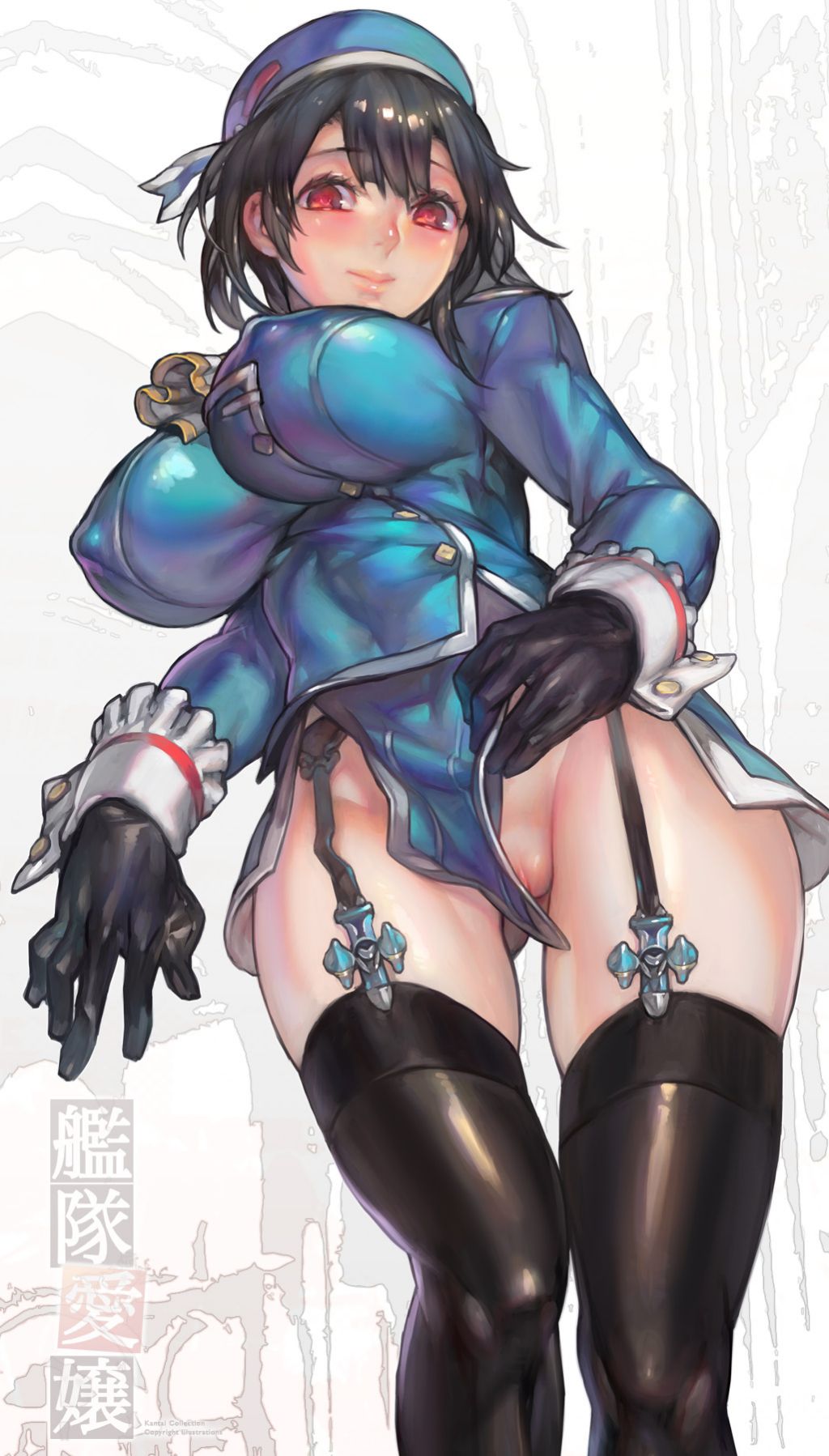 Sex between furry creatures seeking to calm their instincts, wild animals brutally fucking humans, rapes of young girls who refuse to be possessed by inhuman beings with huge limbs that will end up leaving them sweaty and bathed in milk.

Perhaps Little Red Riding Hood if he knew that this was not his grandmother and provoked the fierce wolf until he got her to scream for pleasure.

A good thick and hairy cock will always be delicious and after feeling how the beasts burst their begging pussies.

Other Words from luscious lusciously adverb. Did You Know? Examples of luscious in a Sentence chocolate cake with a luscious whipped cream topping a luscious strawberry bursting with juice.

First Known Use of luscious 15th century, in the meaning defined at sense 1a. History and Etymology for luscious Middle English lucius , perhaps alteration of licius , short for delicious.

Learn More about luscious. Time Traveler for luscious The first known use of luscious was in the 15th century See more words from the same century. Listen to Our Podcast about luscious.

Get Word of the Day delivered to your inbox! Sign Up. More Definitions for luscious. Pokemon girls slideshow p 4 min Suglish - 2.

Sex between furry creatures seeking to calm their instincts, wild animals brutally fucking humans, rapes of young girls who refuse to be possessed by inhuman beings with huge limbs that will end up leaving them sweaty and bathed in milk.

Perhaps Little Red Riding Hood if he knew that this was not his grandmother and provoked the fierce wolf until he got her to scream for pleasure.

A good thick and hairy cock will always be delicious and after feeling how the beasts burst their begging pussies.

This site uses cookies to ensure you get the best experience. Read more Accept. Legoshi on the other hand… he was strong, but a bit simple at times.

A bundle of nerves. Poor thing. He called out again. Did you find a comfy bush to curl up in? Or did a scary monster frighten you away?

He put his hands on his hips and reared up, looking to his left and his right. He let out a long sigh. A sudden sound behind him made him tense.

It was a soft rustle, a movement in the trees above him. He looked up, keeping his gaze steady on the canopy above. Had he heard something?

He was positive he had. Or maybe his mind was starting to play tricks on him. Going wandering like this was only going to make things worse. It was getting a bit overgrown from here.

Retracing his steps was probably the best thing to do. As he took another step, he heard something else. He froze again. Herbivore instincts kicked in once more.

He looked to and fro, nervous, tense, even more cautious than before. As he stepped back, he felt something brush against his back, and yelped as he stumbled away from the touch.

He almost broke into a run, until he realized that he was staring at some loose dangling vines. Nothing threatening about them at all.

He walked up to them to inspect them regardless, his hand sliding along the smooth, fibrous vines. They were a dark, brownish-green color, and looked fairly sturdy.

One or two of these might make a nice souvenir to bring back. Pina grasped at another hanging loop of vine — or at least, what he thought was vine — and gripped something smooth, cool and scaly.

As he grasped at it, it tensed and wriggled, and a voice giggled from up above his head. You can go back about your business.

He was practically pantomiming. So he definitely had seen him. Might you be able to tell me what he looksss like? As soon as the words were out of his mouth, he realized his mistake, his eyes widening.

Though considering said snake was a carnivore, and also, presumably, was an outlaw, he was pretty sure this snake intended to eat him.

Not a chance. He kept his distance, wary and cautious. Though now he was certain something had happened to Legoshi.

So that was some small relief. But he could be up there in those coils, for all he knew…. Sound good to you? And it did give Pina a little shiver, come to think of it… the shiver of a prey animal, or something else?

Let dear old Kaa reassure you that no harm will come to you, or your friend. Did Pina detect a slight change in those yellow eyes?

Had they gotten brighter? Pina felt a length of coil press into his lower back, and his momentum made him lurch over it.

His arms shot out to grab on the coils, his hands squeezing them tightly, before he was able to right himself. He blinked, and the next think Pina knew, the yellow hue of his eyes was gone.

Well, not gone… it was now sharing the space of his eyes with other colours, light and dark shades of blue.

Pina bleated softly, confused as he felt his head start to swim, his body started to feel strangely heavy and sluggish. His eyes were tingling, and the tingle was passing into his head as well.

It felt as though he was getting massaged, and he felt the coils underneath him pass under his rump, making a little seat for him.

He felt his mouth fall open. He felt himself leaning into the colors. Then something in his mind clicked.

He realized in an instant what was happening to him. With the last of his resistance, Pina yanked his head to the right. It was like an invisible cable connecting them snapped.

But the most important thing was getting some distance, to dissipate those tingly colours at the edge of his vision and regain all his mental faculties.

He was still feeling a little bit vague, intoxicated. And a part of him wanted to look again. But it was a small part. His foot caught on something and stuck fast.

Pina yelped and fell forward, his head going straight for a nearby tree. He veered his body to try and avoid connecting with it, but his left horn got embedded in the bark of the tree.

His arms could barely reach the ground. But he was totally stuck now. But all he could see was an old, mottled root. He felt a familiar touch on his back — only noticing now just how damp his fur was with perspiration, how it made his shirt cling to his back.

He clenched his eyes shut and braced himself for the suffocating pain. Instead, he felt the tail curl around his horn and yank it free with one deft pull.

Pina got a faceful of jungle dirt, colliding quite firmly with it. He lifted his head, sputtering, and saw Kaa looking into his eyes.

So where is he? He had to make sure not to let Kaa anticipate anything he did. Keep an eye out for errant coils, or a crack in his defences.

One more look into those eyes would spell his end. His long neck was wide open, a perfect target. The sudden weight made Pina gasp, and he grabbed at them instinctively to try and shrug them off.

Yellow, Blue, Cyan, over and over again. He felt those thick coils gently drape around his shoulders. Heavy, but strangely comforting. Pina let out a soft gasp, his brow furrowed, his mouth hanging open as he leaned in closer.

Kaa dipped and tugged his head back, as though it were a fishing rod. And Pina was hooked, his head dipping forward as well. Dangerously close to falling over entirely.

He nodded up and down. Pina nodded with them. And he felt the urge to respond. His brow was still knit. His eyes, though they were swirling, were doing so rather slowly.

In fact, Kaa could see them stopping, and even reversing inwards. This one had some fight in him, far more than that wolf.

This would be fun. He nodded again. Pina nodded with him. And he felt that answer, automatically groan out of him.

Was the struggle pointless? Was his doom sealed already…? He tried his best to keep up, but his head felt so slow and sluggish.

He tried to shut his eyes, to blink them to give them a respite from the colourful hypnotic assault, but every attempt failed.

His eyes just snapped back open to full width. It was so disingenuous. Pina knew he was being taunted. Slow gentle strokes as those massive eyes moved closer.

Almost nose to nose with his prey, Kaa let his eyes do all the work. Those sibilant sounds made Pina shudder. His eyelids drooped. A confused, almost child-like moan escaped him, along with a yawn.

To think of anything but them. Pina was suddenly straddling a length of coils that had slipped between his legs. It pressed upwards into the fork of his legs, grinding against his already sensitive and aroused genitals.

And by then, it was too late. The last little push to bring him over the edge. It was as though a switch was flicked in his mind.

His legs shot out stiffly, straddling the coil at a sharp angle. His arms, too, were straight down by his sides. His eyes were wide, and a stiff, closed smile graced his face.

A little river of drool slid down the corner of his mouth. His eyes spun with colour at a blazingly fast speed, his mind totally blanked out and smothered.

He was gone. Totally gone. Kaa giggled with delight as the spirals vanished from his eyes. Sizing him up. He was slim but had a good bit of muscle on him.

The only real problem he could see was the horns. Perhaps they could be filed away or removed somehow? He had time to figure it out.

Plus, he had that wolf-cub to tide him over as well. His mind was swimming with pleasant colour, and the trance was enfolding him like a warm, snug blanket.

He was too far-gone to care. His eyebrows raised, and his eyelids soon followed as he tried to re-orient himself. His eyes were not swirling, but he still looked quite dazed.

A confused little whine escaped his throat, his tail weakly wagging, before he stiffened once again. Eyes wide, lips in a tight grin, a perfect mirror of the other captive.

He placed Pina down on the branch across from Legoshi, eyeing the two young men with palpable hunger. Legoshi simply stared.

Still in that state of total paralysis, at least for the moment. Eventually he would relax. And sssee, Pina? His shirt had been torn open, his pants undone, his underwear bulging with arousal.

Pina blushed, and groaned a little. Cute, as well Is that what he looked like too? Was he cute and spinny-eyed?

Was he…? Pina blinked rapidly. Kaa drew his attentions back to Legoshi, the coils relaxing. His mind was switching back on. He could feel his faculties returning.

His mind was reminding him of the danger he — and Legoshi — were both in.